Like many parents, I am gearing up for Halloween tonight. I’m hoping I can get out of work to take JP and RP trick-or-treating at a decent hour.

Unfortunately, my husband didn’t have time to make his usual cardboard creations, which have totally “ruled the neighborhood” the last two years – complete with working electronic gadgets. So, this year the kids are just astronauts – but handsome ones nonetheless.

Here’s a quick history of RP’s costumes – we started out weak but really took it home the last two years with a race car that had working lights and a horn and, in 2005, a very-carefully crafted Thomas the Tank Engine.

2004 – Poor kid; obviously his parents were busy that year – Wheaties Box, really?! At least it had Pedro on it! 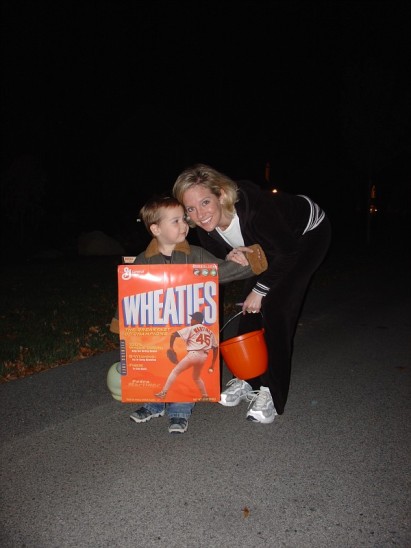 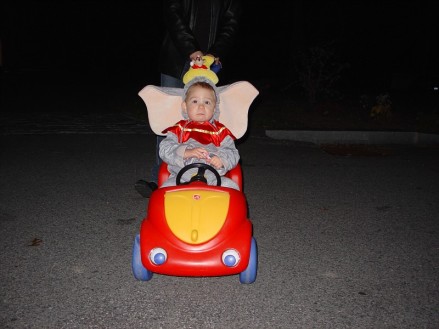